The best salt for health as per Ayurveda 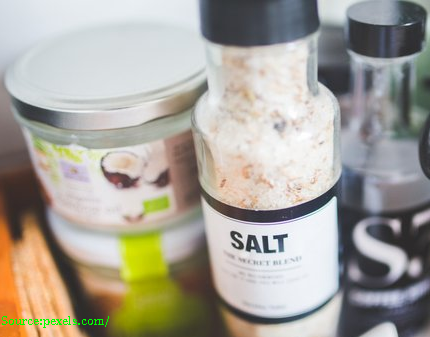 As per current definition, salt is a crystalline mineral made of two elements known as Sodium (Na) and Chlorine (Cl).

Sodium is an essential element also considered as an important nutrient, necessary for cellular homeostasis and physiological function.

Excess intake of the dietary sodium leads to elevations of blood pressure (BP).

As it is well known that the cardiovascular disease (CVD) has become the leading cause of death and disability worldwide.  This is because of increased blood pressure (BP), cholesterol and smoking.

Several scientific studies have shown that there is a strong evidence that high intake of salt is the major factor increasing BP and thereby CVD.

It is also notices that high salt diet have direct effect on risk of stroke, left ventricular hypertrophy and renal disease apart from elevation in BP.

According to WHO recommended daily intake of salt is lower than the 5 g.

Almost 95% of the World’s populations have a mean salt intake in range of 6 to 12 g, which is much lower than the daily tolerated dose which is up to 55 g/day.

Thus the current intake of salt per day is higher than the recommended value.

Current study have shown that intake of the salt in the moderation (5-6 g/day) have can reduce the morbidity rates.

How to minimize daily salt intake

One of the possible way to minimize the salt intake may be with gradual and sustained reduction in salt addition in to the food by the food industry.

Next way for intake salt reduction, is by potassium intake by eating more fruits and vegetables which are known for high potassium content. Increased intake of potassium rich diets can lower blood pressure, especially in hypertensive person.

Another way to minimize salt intake reduction to avoid the processed foods such as breads, crackers and other readymade snack foods which are often high in the sodium content.

Best salt as per Ayurveda

In Indian ayurvedic text salt is known as Lavanam. In the basic ayurvedic texts such as Sushruta Samhita, Charaka Samhita and Vagbhata Samhita, there is significant information about different types of salt and their specific nature.

The best salt for health in India according to ayurvedic texts includes, Sendha lavanam (Rock salt), Kala lavanam (Black Salt) and the worst one is the Samundra Lavanam (Sea salt).

Sendha lavanam and Kala lavanam are considered better that sea salt because they are low in sodium and contain several other micro element required by the body.

Some well-known salt and their origin

This comes from salt mines from Punjab and nearby region of Pakistan.

It color may be white, pink or a combination.

It is has a cooling energy and have potential to help in balancing all three doshas.

It has sulphurous taste and smell.

It is harvested from halite ore

Also known as sea salt. Sea salt is not cooling like Sendha salt.

This is the salt made from the sea salt after evaporation and removing other elemental impurities.

They are just sodium chloride with added iodine.

As for health and micro elements is concern it is inferior to sea salt.

Which is best salt for health?

There is a lot of confusion regarding salt. Everyone have question that which salt is best for daily consumption?

Based on the available literature and ayurvedic text, Rock salt is the best salt as for health is concern.